NETSUITE CUSTOMERS UP 28% IN YEAR Featured 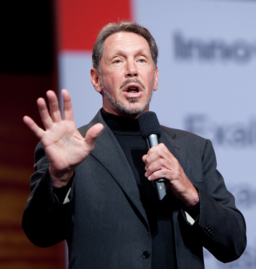 Statistics released by Oracle this week show the number of Oracle NetSuite customer has risen about 28 percent for the 12 months ended August 31. In a prepared statement, Oracle co-Mark Hurd said there were more than 18,000 NetSuite ERP customers when the first quarter ended August 31.

That compares to more than 15,000 reported for the quarter ended Aug. 31, 2018. There were also more 6,400 Fusion ERP customers when the most recently reported period ended, up 13 percent from more than 5,500 year ago. Oracle said the combined products rose 33 percent in the first quarter over last year’s corresponding period. Chairman Larry Ellison also reported strong growth for Oracle’s autonomous databases. “We signed more than 500 autonomous database deals in Q1. We expect to double that in Q2. That will drive not only cloud revenue but licenses revenue.” He called that “a conservative view”. Ellison, not one to be shy about his company, said he was guessing Oracle had 95 percent of the cloud ERP market, meanwhile knocking rival SAP as “Not having a real cloud system.”  The company did not provide a firm number during the course of this week’s earnings webcast. He looked at the rest of the ERP vendors in the market and said, “I think we can consolidate all of them." Ellison also called his company’s products “100-percent more reliable” than competitors because with the Oracle autonomous database essentially can’t go down. He continued, “It’s not safe to go to another database.” Despite the cheerleading, Oracle reported net income of $2.13 billion, down 6 percent from $2.27 billion in last year’s corresponding period. Revenue was flat at $9.22 billion for the most recently ended period, compared to $9.20 billion a year earlier. Revenue was up 2 percent in constant currencies.